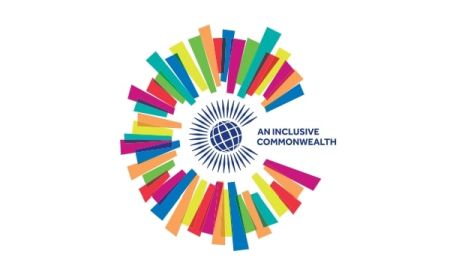 The Commonwealth of Nations might seem to many as a historical rather than current artefact, especially to those outside it, and only mentioned in international news when one of the UK’s former colonies receive the visit of a member of the Royal Family, and yet it has implications for its members in many aspects of modern life – including the one that concerns us, trademark protection.

Information about the each country’s system is available from the UK IPO’s website, but for your convenience we have sorted them here according to how trademarks are registered in each jurisdiction.

Those are the territories in which owning a UK trademark automatically grants trademark rights, without need to re-register or file a local trademark.

This is a British Overseas Territory, uninhabited except by scientific researchers and military personnel. IP rights conceded in the UK are extended to this jurisdiction, according to the BIOT Ordinance No 9, 1984.

Falkland Islands legislation from 1996 allows for the extension of UK rights in the Falklands without the need to re-register. The rights expire when the UK trademark expires.

UK trademarks grant protection in the Isle of Man, as well as international trademarks filed via the Madrid system and designating the UK.

A UK trademark is required to obtain protection

Those are the territories in which it is necessary to have a UK trademark in order to request an extension of protection to that territory.

To obtain protection in Gibraltar, the trademark must first be registered in either the United Kingdom.

Its extension to Gibraltar must then be requested with the Companies House of the Government of Gibraltar.

To apply for a trademark in Jersey, a valid UK registered trademark is required. Applications can be made at any time during the UK trademark’s validity.

Applications for trademark registration in Saint Helena can only be made based on a valid UK trademark, at any point during its life. The Saint Helena trademarks validity will expire when the UK trademark’s validity expires. Registrations under the Madrid Protocol designating the United Kingdom do not have effect in St Helena to date.

A trademark application in Tuvalu can only be filed based on an existing UK trademark, at any point during its life. The Tuvalu trademark will expire at the same time as the UK trademark.

If you need to extend a trademark to any of those jurisdictions, contact us!

Those are the territories in which it is possible to register a trademark either as an independent, local application or based on a UK registered trademark. It is worth pointing out that in many cases, filing an extension of a UK application will be significantly faster than a brand-new application.

As with the previous countries, Fiji trademark registration can be local or based on a UK trademark, in which case the validity of the Fiji trademark is subject to the UK mark.

Trademark registration in Saint Lucia can be obtained by filing local applications or by extending a valid UK trademark. Madrid protocol trademarks designating the UK cannot be used to extend a trademark to Saint Lucia.

In addition to direct, local registration in Samoa, UK trademarks can also be extended. However, the extension must be requested within one year from the UK trademark’s application date.

Since the 2007 Trade Marks Ordinance, trademarks can now be registered in Turks and Caicos locally as well as through the extension of a valid UK trademark.

If you want to file a local trademark application in any of these jurisdictions, go to the list of jurisdictions where we offer services and look up the country of your interest.

This is a non-exhaustive list of Commonwealth members where trademark protection can only be obtained through local registration and the re-registration of UK trademarks is not – or no longer – possible.

Since the new Trade Mark Act of 2013, which came into force in September 2015, only local registration is possible for trademarks in the British Virgin Islands.

The Trade Marks Act (Cap 98) and Trade Mark Rule 2000 have been in force since 2000, providing for the local registration of trademarks. Brunei is also a member of the Madrid Protocol.

Since 2017, when the Trade Marks Law of 2016 came into effect, trademarks must be registered locally with the Cayman Islands Intellectual Property Office (CIIPO).

The Trademarks Act of 2012 provides for local trademark registrations in Grenada and put an end to the extension of UK trademarks to grant protection in this jurisdiction.

Saint Vincent and the Grenadines

The Trade Mark Act 46/2003 which came into force on in May 2004 provides for a local trademark registration system for Saint Vincent which excludes the re-registration of UK trademarks.

Only independent, local registrations can be filed to protect trademarks in the Seychelles. UK trademarks cannot be extended in this jurisdiction.

The Industrial Property Act 1994 came into force in February 2000. Since then, trademarks in Tonga are registered locally and independently.

The Trade Marks Act 2003, which came into force in 2011, put in place a system by which all applications for trademark registration in Vanuatu must be made locally and putting an end to the practice of extending UK trademarks.

While we do our best to keep track of the changes of trademark legislation over the world, if you spot some information that needs to be updated, feel free to contact us.