The History of Trademarks all around the World 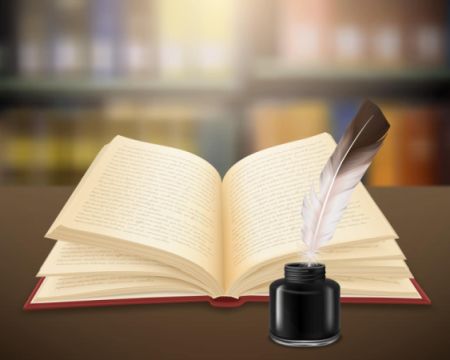 The Beginning of Trademark History

Humans have been trademarking things since before there was even a word for it. Although it is nearly impossible to tell exactly when the first trademark came to be, thanks to Google (also trademarked), we have access to information that proves that one of the earliest known examples dates back to 5000 BC.

During this time, people in China were making pottery that included the name of the Chinese emperor in power. This item also showed the location of where it was created as well as the name of the person who made it.

Now, let’s move to a different continent. Thousands of years ago, Egyptians also left their distinctive marks on pretty much everything they made — clothes, brickwork, tiles, silverware, gravestones, etc. These ancient trademarks were not legally valid though. They were mostly just used as a way to claim rights over any creation.

Does the word hieroglyph ring a bell? If so, you’d know that hieroglyphs were part of the ancient Egyptian writing system. These characters were used to describe an idea and the people would also use them to identify something that was created by someone. However, the Egyptians were not the only ones to do this.

Early trademarks can also be found on Roman objects too. Romans, many years ago, took to trademarking with great passion, putting them on items such as tableware. Even the very foundations of ancient Rome were labeled!

However, it wasn’t until the late 19th century when the first modern trademark laws emerged. From then on, regulations and rules kept evolving through time until this day.

Now that we’ve learned some history about trademarks and how they were introduced into our world, let’s find out when they were officially legalized.

In the year 1266, Parliament in England passed its first legislation regarding trademarks. This was under the reign of King Henry III. This law, called The Bakers Marking Law, required every baker to put a unique mark on the breads produced.

After this, silversmiths were required to mark their wares, printer’s marks were added to books to identify the printer, emblems decorated palaces, noblemen’s castles, inns, and taverns, and were widely used in trade, and so on. All of this was happening in England.

In the year 1791, the Secretary of State (USA), Thomas Jefferson, following the petition of Samuel Breck, manufacturer of sail-cloth in Boston, Massachusetts, advised Congress to enable the registration of trademarks. However, the proposal was not implemented. It wasn’t until 1870 that the first U.S. Federal Trademark Act passed and Averill Paints received the first trademark registered under the Act.

After that, Germany in 1874, Great Britain in 1875, Japan in 1884, and of course the rest of the countries in the world passed their own trademark legislation. As of today, applicants can currently seek trademark protection in up to 107 countries. 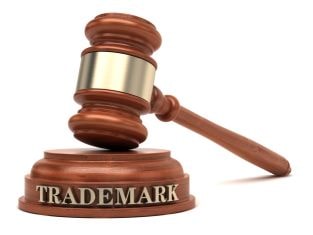 Oldest Registered Names and Logos in the History of Trademarks

Let’s look back on some of the oldest registered trademarks in the world.

Czechia: The oldest registered trademark in the world is the Czech beer trademark PILSNER from 1859. More than 160 years have passed and it is still currently active. It has been successfully renewed every 10 years!

United Kingdom: The first trademark was registered by the Bass company and it was used to mark beer. The trademark registration act was passed in the UK in 1875 and there is an interesting story that goes along with it.

It is said that when applications to apply for trademark registration opened on January 1, 1876, a Bass employee was sent to wait overnight outside the trademark office the day before in order to be the first in line to file to register a trademark the next morning. Of course, he completed his task, and, just like the Czech trademark, this mark is still currently active until this day.

United States: Some of the oldest registered trademarks are the following:

Coca Cola (1893): We all know this one. This trademark, which sells tonic beverages, was registered on January 31, 1893, and has been successfully renewed up until this day!

Heinz (1897): This name is probably familiar to you. The trademark Heinz was registered on December 28, 1897. Like the Coca Cola trademark, it has been successfully renewed until this day.

As you can see, it is very interesting that the protection of the trademark, consecutively and efficiently renewed, might even be eternal.

Back in time, before trademarks were officially legalized, people already thought of putting a name, a symbol, or an image to a product that was of their own creation. They already had a sense of ownership. So we know that this existed even before a group of people decided it should be a law.

This is why people started adding symbols, pictures, and words to their products to make sure everyone would know they owned the name. However, rules back then were not the same as now. Over the years these marks evolved into today’s system of trademark registration and protection.

We now know that each country has different regulations and jurisdictions in terms of trademarks. For example, some countries give applicants the option to file their trademarks in black and white, like in the USA; other countries do not. Or, some countries are more flexible in terms of similarity between trademarks, while others are very strict about this.

It is evident that trademarks are not something new, and that there have been symbols, “hieroglyphs” or pictures that have been associated with specific individuals or organizations throughout history.

Lastly, even if you don’t realize it, everyone deals with trademarks on a daily basis. Everything we buy has someone’s hard work and sweat behind it. It is of vital importance to recognize this and also acknowledge the significance of trademarks in helping business people grow their companies.

Keep in mind that even though you have come up with a product and/or service and you want to trademark a name for this, you have to make sure this name has not been registered yet or that there aren’t any similar ones. Failing to research a trademark before filing for it can lead to receiving an objection by the trademark office in the country you are looking to register it in or, possibly worse, trademark infringement leading to a cease and desist letter from another trademark owner.

This is why we recommend ordering a trademark search. Spending the time and money upfront to determine whether a trademark is available will help avoid the very high costs of a dispute or litigation.

Finally (for real), know that the more distinctive your trademark is, the easier it will be to protect. If you have any questions regarding trademarks, contact us now.