Registered Trademarks and their Territorial Limitations 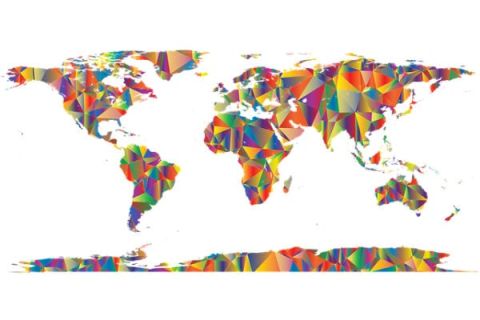 Registered trademarks only grant protection in the country they are registered in, and its territorial dependencies in case these exist. As a general rule, having your trademark registered in one country does not prevent others from registering the exact same trademark in other countries or territories.

For example, having your trademark registered in France does not in any way prevent other companies or persons from registering your trademark in the United States, Germany, China, Angola or Peru. A registered trademark in France would only be recognized and granted protection in France and its territorial dependencies, which would be: New Caledonia, Mayotte, Saint-Barthelemy, Saint Martin, Saint Pierre and Miquelon, Wallis and Futuna, French Southern and Antarctic Lands, French Guiana, Guadeloupe, Martinique and Reunion Island.

Furthermore, determining that a trademark may be registered in one country does not in any way imply that the same mark can register in others.

Examples of famous trademarks that have suffered the effects of territorial validity and limitation:

Whoppers without the King in Australia

Burger King does not exist down under. Aussies can still enjoy a whopper though; they just have to go to their local Hungry Jack's. Hungry Jack's is the trademark Burger King works under in Australia. Back in the 70's when Burger King began expanding to Australia they were shocked to find out that an identical trademark had previously been registered and was being used in the city of Adelaide. Although the trademark has since then lapsed, due to franchise contracts between the Burger King Corporation and its local partner, Hungry Jack's continues to be the Australian version of Burger King.

The famous beer (which really is just yellow sparkling water) was forced to change its name to Coronita in order to enter the Spanish market, as the trademark Corona had previously been registered by the Torres wine company. However, it is rumored that Coronita, now owned by AB Inbev (Anheuser-Busch), may finally be sold as Corona starting June 2016. The trademark dispute is apparently coming to an end after more than two decades.

Some have said that the reason that Corona (Spanish word for Crown) was forced to change its name in Spain was due to the Spanish Crown… Lies!

Dunkin' without donuts in Spain

The American donut and coffee house giant was unable to keep its name Dunkin' Donuts when entering Spain, due to the fact “Donuts” was a registered trademark belonging to local pastries giant Panrico (talk about a generic trademark!). Since then it has opened dozens of stores throughout Spain under the name Dunkin' Coffee.

Target and its twin in Australia

Can you solve this riddle? Target, the Minneapolis-based retail giant does not operate in Australia. However, there are more than 250 Target stores currently operating in Australia.

Trademarks are local matters and are only protected on a country-by-country basis. With both trademarks having enormous recognition in each of its markets, and with both unaffiliated retail giants planning to expand internationally in the future, trademark scuffles regarding Target, outside the United States and Australia, are almost certain to happen.

How to determine in what countries you should register your trademark

In order for your trademark to have worldwide protection you would have to register it in every single country. However, this of course is extremely expensive and for the most part not really worth it. Unless the Federated States of Micronesia or São Tomé and Príncipe are relevant markets for your products or services, you may very well skip registering in these countries.

So where should you register? Although the answer of course will vary depending on each business’s or individual’s interest, the list of countries where you should register your trademarks are those that are the answer to:

In the case of China, special consideration should be given even if this is not a country you consider relevant. Check our blog article for further information regarding China and trademarks.

Although it is a mistake that far too many people make and end up regretting, one area where you should not skimp on is protecting your trademark. Why invest time, money and sweat on something to have someone else eventually appropriate it or benefit from it without paying you what’s due? When this occurs, the solution is always more expensive than having registered a trademark to start with.

Do not play Russian roulette with your business. If your budget will in no way stretch to cover the costs of registering in all the countries, contact an expert in order to determine what strategy would be the most effective in protecting your interests in accordance with your means.

iGERENT offers trademark services in more than 180 jurisdictions. For further information contact us.