What do Burger King and Target have in common? 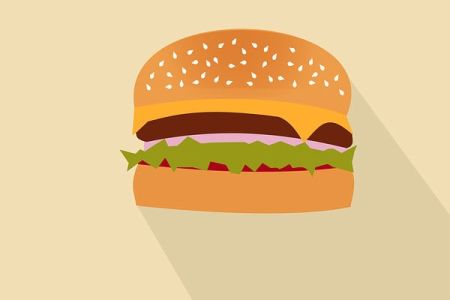 One of our American clients wrote to us recently to tell us an interesting anecdote from his recent trip to Australia. During his trip, he decided to visit one of the traditional fast food joints to eat something, but when he entered into the restaurant – which he assumed was Australian – he realised that everything reminded him of a traditional chain in his home country, Burger King: the menus, design and even the colour scheme.

How was this possible, our client asked himself. The answer, as we have already mentioned on our Twitter, is due to a curious case with the trademark in this country. Burger King was created in the USA and international expansion of the business and in parallel its trademark protection was launched from that base. However, when they reached Australia, they found that a company in Adelaide had already registered their trademark and that they couldn’t use it. They therefore decided to carry out a rebrand and expand in the country under the name of “Hungry Jacks.”

This isn’t an isolated case. Here are some examples of other cases whereby companies are unable to use the trademarks* they want to in certain countries.

The dispute, illustrated in this article, has been through several stages and even reached the courts. To this day, the company is still unable to use their trademark in Australia.

The famous Mexican beer Corona wanted to expand its market to Spain, however when carrying out the registration process they realised there was already a trademark registered in this name for alcoholic beverages. This trademark, under the name of ‘Bodegas Torre’, prevented Corona from registering under the same name.

The tribunal recently rejected Diesel Italy’s Request through which they tried to convince the Irish trademark office that they had the right to exclusively use this brand in Ireland. The tribunal sentenced in favour of Diesel Ireland, which – although it is much less well known – could demonstrate that they did not register the trademark with dishonest intentions or with the aim of attracting the other company’s prestige.

The Spanish trademarks office allowed the registration of the generic name “Donuts” under “Panrico”, a bakery and pastry company. At that point in time, Donuts was not a commonly used word in Spain.

When Dunkin’ Donuts came to Spain, the fact that “Donuts” had already been registered under a different company meant they were forced to change part of their name to avoid entering into a conflict.

Target, a multinational distribution company from the USA, has a competitor in Australia which uses both its name and its logo despite the fact there is no connection between the two. The similarity is such that it is led to some interesting incidents. When a well-known videogame was released, there was an error with its distribution by Target Australia which led to furious emails from gamers, who wrote hundreds of complaint emails. However, they wrote them to the “wrong target”.

* We are referring to trademarks in the same class. There are other examples of identical trademarks but which are registered in different classes, without this implying an infringement of the trademark.