Everything you really need to know about iGERENT's Services 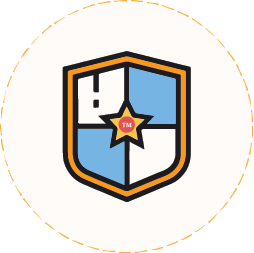 Trademarks
<< Back to Help Center

What is and how to get a Trademark

1 What is a Trademark?

A trademark is any sign capable of being represented graphically that may allow determined products and/or services to be identified with an individual trader, provider or source, whether this is a person or legal entity.

2 How do I obtain trademark rights?

Trademark rights are granted when registering the trademark through the corresponding government offices. Although in some jurisdictions using a trademark, without actually registering it, may grant the user, owner or trader certain rights, it is only by registration that these rights can become undisputed and properly secured.

3 What is a service mark?

A service mark is essentially the same as a trademark. Some countries make a difference by calling trademarks “service marks” when they are associated with services and not with products.

What is the difference between goods and services?

4 Can I register the name of a town, city, state, region or country as a trademark?

With the exception of “Geographical Indications” and “Denominations of Origin”, trademarks that include known geographical names will be refused in most jurisdictions. This is due to the fact that:

2. The expression may be relevant in the consumers’ appraisal of quality of the products and/or services sold under the trademark, therefore leading the trademark to be considered as descriptive.

Nevertheless, if the geographical name is accompanied by other predominant elements, the trademark may be granted registration in determined situations.

5 What kinds of trademarks can be registered?

A trademark can consist of virtually anything as long as it can be represented graphically. However, certain jurisdictions (countries) limit what graphic representations are allowed for trademark registration.

The most common trademarks may be classified as:

Non-conventional trademarks include, but are not limited to:

- Sound or aural trademarks; and

What is a wordmark?

A wordmark is a trademark that consists only of alphanumeric (letter or number) elements. A wordmark does not consider or include special fonts or stylized representation of the letters or numbers.

What is a figurative mark?

A figurative mark is a trademark that consists of an image, design, emblem or any graphic representation that does not include any alphanumeric (letter or number) elements.

What is a mixed or combined mark?

6 May I legally use the ® symbol, if my trademark is not registered?

No. The ® symbol serves to notify competitors that a trademark is effectively registered and cannot be used if this is untrue. This means that the sign cannot be used even with an applied-for trademark, only with one that has the status “registered”.

7 Does registering a business, company or domain name give me proprietary rights over an identical or similar trademark?

A Domain Name is the address with which internet users are able to get to a specific web page and its content. A domain name does not grant any proprietary rights over a trademark. Nevertheless, a registered trademark may give you rights to use or eventually recover similar or identical domain names for certain extensions (.com, .net, .info, etc.).