Trademark Priority: Should I Claim it? 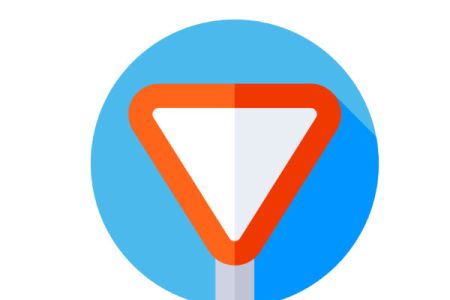 Although claiming priority for a trademark application is possible in most countries in the world, it might be one of the least wisely-used tools available to trademark applicants. While some of the big-name corporations’ in-house IP departments have made an art out of the use of the priority claim for their trademark strategies, in general, the process remains poorly understood.

What is a priority claim for a trademark application?

The priority right is based on Article 4 of the Paris Convention for the Protection of Industrial Property of 1883. Originally signed by 11 countries, it now boasts 176 signatories, which make it one of the most widely adopted treaties in the world.

Any person who has duly filed an application for […] a trademark, in one of the countries of the Union, or his successor in title, shall enjoy, for the purpose of filing in the other countries, a right of priority during the periods hereinafter fixed.

The periods of priority referred to above shall be […] six months for […] trademarks.

In effect, it means that if one applies for a specific trademark for the first time in any country, and then, within the next six months, files an application for the same trademark in another country and claims priority, then the second application will be considered as having been filed on the same date as the first application.

Should I claim priority for my trademark application?

Claiming priority is a strategy most often used by large corporations registering trademarks in a large number of countries, to prevent trademark squatters or competitors from being able to register a trademark they know the corporation is interested in.

However, the priority claim can also be useful for small trademark owners who need to register trademarks in several countries, but who might not have the means to apply for the trademark in all their countries of interest at once. By using this system, they can enjoy a 6-month period in which to decide in which countries they wish to file their trademark, and in which they can spread the expenses of the filings without having to worry about third parties registering ahead of them.

Furthermore, in case the trademark applicant is aware that there is a risk that another similar or identical trademark has been recently filed in a country, then using the priority claim may be the way to obtain the registration of their trademark in spite of this.

The priority claim has some clear benefits. However, its use should not be systematic. For instance, neophyte trademark applicants often claim priority when filing a second application just a few days after the first one. Unless a trademark search has been conducted and revealed the existence of a conflictive trademark that was filed during those few days, then the gain from claiming priority is inconsequential compared to the added complications arising from the priority claim process.

It should indeed be noted that while the priority claim exists in the vast majority of countries, its cost and requirements vary widely. While in some countries only a scanned copy of the prior application is needed and no extra official fees apply, making it a painless process, in others a priority claim requires certified documents issued by the trademarks office, accompanied by certified translations if relevant, all of which must be notarized and legalized. This can turn the priority claim into a complicated, time-consuming and expensive process.

Furthermore, some requirements must be taken into account. First of all, although some countries do not enforce the rule, the priority can only be claimed on the basis of the first-ever application filed for a trademark.  If one were to file an application for “iGERENT” in Sweden, and then later in Algeria, then the priority claim could only be made based on the Swedish application; therefore, even if the six months were up for Sweden but not for Algeria, the Algeria application could still not be used to claim priority.

Additionally, the subsequent application will need to be identical to the one on which the priority is claimed. This means that it must have the same owner, the same classes and the same products or services, thereby preventing the applicant from adapting the trademark application to the local market or filing it in the name of one of their local branches, for instance. The exception to this requirement is that trademarks offices usually allow for filing subsequent applications that exclude some elements (classes, products or services). For instance, if the first application was filed for classes 3 and 5, it would be possible to file the new application and claim priority only for class 3.

In short, as is often the case with anything relating to trademark, whether one should claim priority for their trademark application depends entirely on their specific situation and needs, for which it is highly advisable to get advice from a trademark attorney.

If you need further advice, please do not hesitate to contact us.