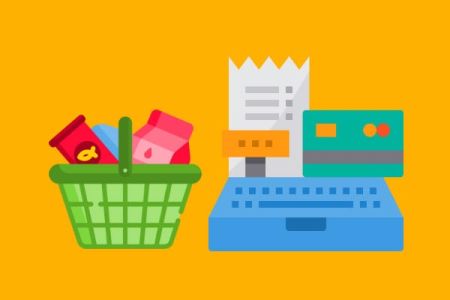 Aspirin, Kleenex, velcro, hoover, post-it... Chances are, you have used at least one of these words during the last week – maybe even the last day. What else do they have in common? They all are – or started out as – trademarks. You likely knew that about Google and Kleenex, but did you have any idea that “heroin” had started out as a trademark belonging to Friedrich Bayer & Co at the end of the 19th century?

While those words all began their lives as trademarks, their statuses today differ. Some of them are what is called “genericized trademarks,” which means that they have lost their ability to identify goods or services with a particular supplier, which is the definition of a trademark. They are therefore not protected anymore and any competitor can choose to use the name to advertise their own similar products, for instance. Such is the case, among others, of “escalator”, originally a trademark belonging to the Otis Elevator Company.

Other names are still protected as trademarks and their use is subject to the laws protecting intellectual property. While no one will sue you for asking your office mate for a post-it® or a Kleenex®, or telling them all about the awesome jet-ski® adventures you had during your last holidays, any use of those words in advertisements, for instance, would expose competitors to being sued for trademark infringement.

Considering the issues of territorial validity that often arise in all matters related to trademark registration, some cases are more complex. “Aspirin” is now considered as a generic term for acetylsalicylic acid in the USA but is still a registered trademark and protected in more than 80 countries, including several European ones and Canada.

How to protect a registered trademark from becoming generic

At first glance, having your trademark become so well-known that even your competitors’ products are designated by your trademark’s name might seem the pinnacle of successful marketing, but it is essential that trademark owners take the necessary measures to avoid having their trademarks become so generic as to lose the power to identify the goods they protect.

First of all, trademark owners should systematically enforce their trademark rights by all legal means at their disposal, anytime that the trademark is wrongfully used. This could go from adding the ® symbol anytime they use their trademark to sending simple cease-and-desist letters to filing lawsuits against a company for trademark infringement.

Secondly, if the product protected by the trademark is new at the time the trademark starts being used, then the company should provide a generic term with which to refer to that product, so that both competitors and the general public should use it in descriptive contexts: for instance, Kleenex® tissues, Rollerblade® inline skates, etc… The Otis Elevator Company failed to do this, and on the contrary by using “escalators” as a descriptive word in their own slogan "the latest in elevator and escalator design," they set their own trademark up for genericization, by putting it on the same level as the common word “elevator”. Once they had used their own trademark as a generic term, there was nothing they could do to prevent competitors from doing the same. Thus, a very valuable trademark was lost.

Finally, when a trademark is at risk of becoming generic, brand owners might also fight it with public relations and advertisement campaigns in order to educate the public on the use of the appropriate generic descriptor. For instance, in 2007 Chrysler launched an advertising campaign that told its clients “They invented ‘SUV’ because they can’t call them Jeep®”. The ad went on to expand on the history – and superiority – of the Jeep brand.

Similar efforts were made by the “Xerox” corporation to promote the use of the verb “photocopy,” and Google actively tries to discourage the use of “to google” as a verb to refer to web searches.

While such campaigns might not always have the expected effect – despite Adobe Systems’ best efforts, “to photoshop” seems well on its way to becoming a verb, if usage on the web is any indication – they are essential to the survival of those brands as trademark and therefore as a safeguard of their monetary value.

iGERENT offers trademark services in more than 180 countries. For further information contact us.