Intellectual Property in the Fashion Industry 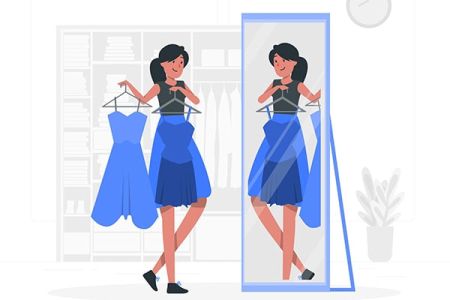 The fashion industry is constantly evolving creating new styles and trends that are imposed worldwide. For this reason, it is important to protect the Intellectual Property (IP) rights that emanate from these creations. This includes from the protection of the industrial design of each of the garments created, to the protection of the name or trademark through which such garments are identified in the market, through a series of other Intellectual Property rights that can be protected. Intellectual Property has become a key element in the multi-million dollar fashion business and has contributed to the growth of business and to strengthen the role of companies in the market. The organizational capacity of a company and its potential expansion are reflected in the creation and monetization of a strong brand that represents them and has the IP protection required to protect their rights against others. The monetization of a trademark is achieved by creating valuable elements for the market, as is the case of prints and designs that are used in different garments, through which a particular brand is recognized and preferred in trade.

We will review below, in greater depth, the different Intellectual Property rights that can be protected in the clothing industry.

Also known as design, it is any three-dimensional shape, such as, for example, a wallet or a hat; or two-dimensional, such as a textile print, which has certain characteristics that give it a new physiognomy, which distinguishes it from other similar articles, either by its geometrical shape, its aesthetic aspects or ornamentation; and which serves as a pattern to manufacture other items.

Industrial designs are one of the most effective ways to protect new fashion creations, because with their registration, the owner of these rights can prevent third parties from using his designs without his consent.

However, many of the clothing manufacturers do not register their designs, under the excuse that they have a short useful life, which would not justify the monetary investment to protect their rights. The above is not applicable in each case, since certain garments manage to become fashion classics, which makes their early protection imperative, especially to prevent unscrupulous third parties from taking advantage of the acquired fame and using such designs.

For this reason, some countries, such as the European Union and the United Kingdom, offer a form of protection for industrial designs for a short period that does not require registration. In the case of the European Union this period is a maximum of three years. This system has a great advantage for small businesses that do not have great resources or that prefer to test their designs in the market before proceeding to their registration.

The lack of design protection brings with it its vulnerability, resulting in many designers having to fight against the infringement of their fashion designs, which involves high time and resource costs.

Trademarks are the distinctive signs that represent certain products and/or services in the market. In the world of fashion, trademarks are the visible face of clothing creations, since it is through them that consumers know them, identify them and prefer them. The big fashion houses are jealous in the protection of their trademark rights, since great value falls on the brands that represent their designs and articles associated with them, as is the case of perfumes and cosmetics.
It is frequent to find legal battles led by the big clothing brands, in order to protect the rights over their brands, designs and patents.

An example that serves to illustrate the zealous protection of intellectual property rights by large fashion houses is the case of the lawsuit filed in 2014 by the renowned Chanel brand against the Chanel Jones brand, representative of a beauty salon located in the city of Indiana, United States. This lawsuit was filed after no agreement was reached regarding the cessation of the use of the Chanel Jones brand. Finally, the judges decided that the owner of the Chanel Jones store should stop using the term Chanel, based on the fact that "the use of the word Chanel was an infringement of the rights of the registered trademark".

Similarly, the New Balance brand was seen in a legal battle in China against three shoe manufacturers, who, in violation of their rights, had used the same letter "N" from New Balance, the trademark's trademark, on their sportswear products. The Chinese manufacturers were ordered to pay around 1.5 million dollars, which was very significant, considering that it was a Chinese Court that issued the sentence, reflecting, in this way, a greater commitment of China to improve the protection of the Intellectual Property in this country.

Cases like this are very frequent in the fashion industry. This is why certain brands, in order to avoid possible conflicts with other brands, have preferred to launch themselves in other markets under another name. This is the case of the Irish clothing company Penneys, which, in order to avoid possible problems with the United States brand, JC Penney, which also sells clothing, preferred to change its name to Primark. Currently, this company is still known internationally as Primark, although in Ireland it kept its original name.

Another aspect of Intellectual Property applicable to the world of fashion is the commercial image. It is defined as that which gives protection to the visual appearance of a certain product or packaging. This includes its shape, color, texture and size. It must be original and unique and achieve a commercial impression that is independent of the words of the brand that accompany it, making consumers identify that image with its business origin. Examples of this can be found in the well-known Coca-Cola bottle shape or the small red label located in the back pocket of Levi's jeans.

It is very important that the commercial image be protected, since, by not doing so, it is left vulnerable to the image (which is already identifiable by the public and associated with a certain brand) being confused when faced with copies of that commercial image.

Fashion designs are also protected, in some countries, as copyrights, as they are considered works of art. An example of this is jewelry. However, it is important to mention that copyrights do not seek full protection on useful items, which causes a dilemma, since clothing is considered useful items, so only certain aspects of clothing design are protectable, causing frustration to many designers. The above reaches a real relevance in these times, where social network platforms have become the way in which many promote content, often infringing the copyrights of designers and major clothing brands.

Although patents are not the most used in the fashion industry, they are often very useful to protect and encourage further technological innovation, and therefore create a more powerful brand, since it will undoubtedly have more attraction for partners and investors in a highly competitive market.

Remember that patents are exclusive rights that are granted on an invention, so they are applicable in the field of clothing to protect, for example, technologies that allow clothing to be more resistant to water, UV rays or even fire, or have a material that is not wrinkled or that is antibacterial, among others.

Within the patents, there is a subgroup called Design Patents that protects the decorative or ornamental aspect of functional appliances, such as, for example, certain shoes or handbags that contain some functional element that is especially decorative.
Recently, there have been cases of legal fights based on the infringement of design patents. One of the best known cases is the lawsuit filed by Nike against Skechers for disregarding eight of its patents. Nike claimed that the defendant would be using its Burst, Flex Appeal and Flex Advantage designs on its own sports shoes, and demanded that the defendant stop using them and compensate it for the damages caused.

The Trade Secret is probably less known than trademarks, designs or patents, but it is frequently used by companies worldwide. Simply put, a trade secret is information that a company does not want to share with its competitors, such as a formula or method, or certain characteristics of the product; the list of suppliers and customers, the manufacturing process; or even information about a country where the company wants to establish itself; in order to obtain an economic advantage.

As we see, Intellectual Property rights are fully applicable to the fashion industry and it is extremely important that their protection is sought as a priority.

The true essence of fashion is to create garments that inspire and call on consumers to wear them. It is an area that is always changing and renewing old styles to make new creations, which often become works of art and classics of fashion.

This is why the importance of protecting intellectual property rights is fundamental in the world of fashion, since it is the only way to create a safe and healthy environment for designers to have the peace of mind that their creations will be properly protected.

That is why it is so important that fashion designers themselves are educated about its importance and are trained and seek advice to obtain the best protection of their rights.

Likewise, clothing brands have the challenge of achieving a solid legal backing, through the registration of Intellectual Property rights, that allows them to avoid the illegitimate use of their image and fight against counterfeiters, who do so much damage to fashion brands, both in their reputation and in the economic aspect. The reputation of a brand is the basis of its success and that is why it must be protected, and although it is often extremely difficult to prevent counterfeiting, with an effective legislation for the protection of intellectual property rights in different countries, risks and damages can be reduced and therefore help with the growth of the industry and the economy in general.

There are many challenges for the apparel industry, especially in this era when technological advances are advancing by leaps and bounds and the way fashion is advertised has taken on a new edge, using internet platforms and social networks as one of the main marketing mediums. This has the advantage of reaching a much wider audience, but with the disadvantage of being vulnerable to counterfeiters who use the content uploaded to the internet to promote their own fakes and reach their target audience through deception. This is why it is more important than ever to face these challenges with the proper protection of the intellectual property rights emanating from the creations of new designs. Only to the extent that legislation focuses on the protection and adoption of measures to make the protection of Intellectual Property rights effective, and that designers and brand representatives in the fashion industry themselves seek to prioritize the protection of their designs, despite the costs involved and the short life span of some garments, will it be possible to efficiently combat the dangers of counterfeiting, and thus establish a strong trademark identifiable by consumers in the fashion industry, which is constantly growing.