The importance of Trademarks for Football Clubs and Players 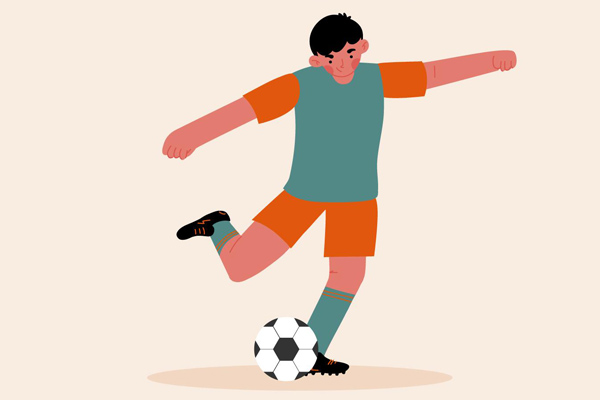 The vital role that law plays in football cannot be understated. We will shed light on the recent developments and disputes which illustrate the importance of sport trademarks and the role that the law plays towards increasing the game’s commercial profitability and the success of clubs.

We will also outline the challenges that participants face when they ignore an essential aspect of the business: brand protection.

While some maintain that football remains just a game, the reality proves to be different. With improved technology and increasing globalization, football teams worldwide also have their fair share of the exploding wealth of opportunities, with clubs' new ability to grow their brands in the commercial field.

The commercial explosion that was precipitated by the advent of the professional era essentially means that what takes place off the field is as important as what takes place on the field when it comes to measuring football clubs' performance. For advertisers, broadcasters, sponsors, and shareholders, football is a lucrative gold mine worth the exploitation.

For the participants in the sport, essentially players, clubs, leagues, and governing bodies, the fact remains that brand protection has never been so important. The participants’ commercial success is dependent on the adequate protection of the clubs' intellectual property rights (IPRs) that inform and further the brands' identity that they represent on and off the field.

Manchester United was the first English football club to register a trademark in 1970. As they continued to face criticism for their performance on the field, their continued commercial success lent testament to the significance of brand value and brand protection. It is a well-settled fact in English law that "sporting spectacles cannot be owned in any ordinary sense of the word." Therefore, what the sponsors and broadcasters pay for are the rights to use the trademarks and the IPRs.

Similarly, when a club or footballer is commercializing products or services they are putting their names on, the legal protection that protects their rights to use their name or brand is the difference between an official offering and an unofficial offering. For this very reason, the success of any trademark rests on the parties controlling its use.

Trademark registration is, therefore, a way of telling the world that certain marks in relation to certain products and services belong to you, the person registering the trademarks. The precise ownership and control over the marks that right holders purport to own offers their potential partners security and ease of mind if they wish to activate and engage the rights they would like to associate with.

What failing to register a trademark can mean

There are many disadvantages associated with failure to register trademarks and protect IP rights. Often these mistakes come to the fore when it is too late to avoid inevitable mishaps.

The most successful team in Romania, called Steaua Bucharest, struggled to maintain its identity in a raging trademark battle. The team temporarily lost rights to play in their teams' colors and crest in a dispute that involved the country's defense ministry. The dispute made them play one game with their name appearing on the scoreboard as "hosts."

After the 1989 Romanian revolution, the club got separated from the army, becoming a private entity. After a change in ownership to a private owner in 2004, the army filed a lawsuit barring the club from using the name "steaua” and the traditional branding that was earlier used with the permission of the army.

What failing to register a domain name can mean

Away from their successful stint on the field, the Barcelona football club lost a major domain name dispute case that involved a Bayern Munich fan.

The fan had registered a domain "FCB.email." FC Barcelona, upon litigation, was unable to substantiate their claims of domain ownership, and as such, the ruling was determined in favor of the Bayern Munich fan. FC Barcelona failed to substantiate a “clear and convincing” case of cybersquatting. It also followed that the club did not own any valid figurative trademark for the "FCB."

There are football reports and commentaries which refer to players' trademark styles. In reality, there is no way trademarks can protect moves on the football pitch. However, they can do so for distinctive identifiers, which they claim can indicate trademark in a true trademark sense.

One of the most famous trademark registrations in football is Gareth Bale's signature heart-shaped hand gesture after scoring a goal. Bale followed in the footsteps of many successful footballers who have become brands in their rights and for whom protecting their names, images, celebrations, and likeness is part of their commercial portfolio. Brand Beckham is another example. It has registered mark registrations for DB07, BECKHAM, and SMOKEY BECKHAM.

As has been established above, protecting trademarks and other Intellectual Property Rights related to football is essential for all participants. It is not just players that are trademarking; clubs too have marks in their portfolio. Manchester United is the leading club with at least 400 marks, while Arsenal, Tottenham Hotspur and Chelsea also have several trademarks under their ownership.

Today, trademarks are everywhere in the field: on the players’ kit, their signature goal celebrations and even on their names. The world cup today provides a global stage upon which players can capitalize on the commercial appeal their brands can generate.

For more information on how to register your trademark, feel free to contact us!