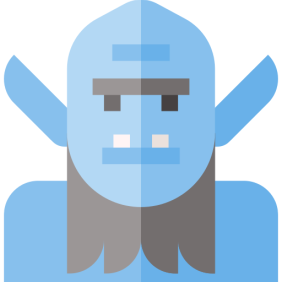 A new malicious practice had taken over and swept across several businesses worldwide. This trend seems to have started in the United States, but it has quickly spread and become a common practice among several criminal and fictitious organizations, whose sole purpose is to operate in gray areas to try to enforce patent rights over vaguely related products or ideas.

Companies that solely focus on holding and buying patents to try to sue and sometimes even bankrupt businesses over vague similarities in products are known as patent trolls. Their pattern of holding monopolies often consist in buying up patents cheaply from companies down on their luck who are looking to monetize what resources they have left.

A company or entity classified as a patent troll will cash up on their luck when they come across a broad patent that covers several different requirements which can lead to gray areas that are easy to exploit.

Armed with vague patents, the patent trolls will then send out letters in random order to several different businesses and individuals accusing them of infringing their patent(s). These letters usually threaten legal action unless the alleged infringer agrees to pay a high licensing fee, which can sometimes add up to tens of thousands of dollars.

Where did the term originate?

The term “patent troll” originates from the trolls of lore; these were ugly creatures who lived under bridges and charged travelers to safely cross raging waters and threatened harm to those who refused to pay. We can easily relate the feeling caused by these mythical creatures with the con presented by modern day patent trolls.

The term was in fact coined in 1999 by a lawyer at the Intel Corporation, Peter Detkin, who began using the term to describe companies with no products that brought what he believed were meritless patent suits to try to scam smaller businesses into paying outrageous settlements. The term itself arose with the prevalence of these rogue companies across the U.S., and this quickly picked up on a global scale.

In the history of the tactics employed by patent trolls, we can almost always classify their cons under these 3 categories. It is important to understand the foundations of their practices to better prevent exposure and liability.

We have seen a dramatic rise in the lawsuits created by patent trolls. According to a firm that helps reduce company patent-litigation, patent trolls in 2012 filed more than 2,900 infringement lawsuits nationwide, which totaled nearly six times the number presented in 2006.

They don't actually produce anything themselves; they're just trying to essentially leverage and hijack somebody else's idea and see if they can extort some money out of them.

The President ordered the USPTO to require companies to be more specific about exactly what their patent covers and how it is being infringed.

We can also see worldwide efforts by countries like China, the United Kingdom and Australia to prevent the growth of this malpractice. Countries like these suffer from more specific and sometimes even broader trademark wars, for example in the field of technology, where over 2000 infringement lawsuits were filed in 2010 in the UK alone.

The numbers of initiated legal proceedings are very different, and the statistics will vary depending on the country. In France for example, 4% of intellectual property law cases are initiated by trolls, while in the Netherlands, this is 5.5% of cases.

Germany on the other hand is very popular with patent trolls;19.5% of intellectual property cases there are actually caused by patent trolls. The validity of a patent is examined by one court and violations are handled by a different court. This actually offers patent trolls a high win rate. The system itself and its imperfections are what allows these types of crimes to occur.

Making the patent system fairer and more transparent will benefit every economy, boost job creation and spur innovation to create new inventions that improve the human condition. Patent trolling is an ongoing problem that has spurred worldwide efforts to attempt to contain and limit. Nevertheless, the most effective solution is to spread awareness and inform potential trademark and patent holders of the dangers that could lurk under every bridge.

If you need any further information on patents, we can definitely help you. Contact us anytime!